Ya gotta hand it to the man: A far-Left Australian Jew claims to understand Islam better than Islamic scholars do 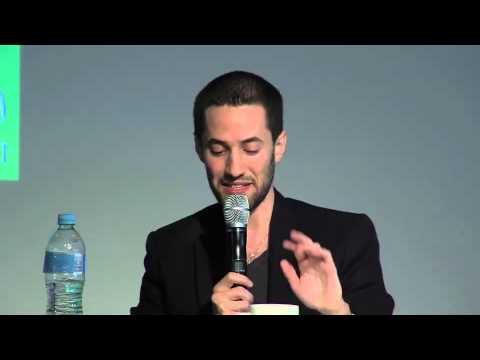 As it is enormously long-winded, in a typical Leftist style, I won't try to reproduce Michael Brull's article here.  Below, however, are a couple of his opening sentences.  He is discussing the Orlando massacre:

"Right-wing politicians and commentators have hurried to link the attack to Islam and Muslims generally, using the massacre to promote goals like banning Muslim immigration.

While others have responded with critiques of the overt racism of some of these voices, in this article, I want to explain why these claims about the responsibility of Islam for this massacre are substantively wrong"

Brull's basic point is that both in the past and today, many Muslims condone homosexuality -- which is true.   With the exception of a few Western Imams, however, Islamic scholars today universally condemn homosexuality.

So what do the Koran and the Hadiths say?  The Koran re-tells the story of Sodom and Gomorrah, which teaches divine vengeance upon homosexuality.  But the Koran is not specific about how faithful Muslims should treat homosexuals.  For that, we have to go to the Hadiths, which are treated by all Muslim scholars as the authentic teachings of Mohammed.  And in the Hadiths we find not only an instruction to kill homosexuals but precise instructions about how:  They are to be thrown off the top of a tall building, which is exactly what the devout Muslims of ISIS do regularly.

So how come many Muslims condone or have condoned homosexuality?  How come the Orlando shooter himself appears to have been homosexual?  Easy:  Homosexuality is rife among Muslims.  Their religion makes their relationship with women very difficult to start with and the toleration of polygamy creates an even bigger stress.  Under polygamy, the rich old men get most of the women, leaving lots of young men high and dry.

So sexual frustration among Muslim young men is HUGE and tends to break out in all directions.  It's why they clothe their sisters in Burkas, Niqabs and the like.  And why many Muslim societies restrict the movements of women -- with some going to the extreme of requiring women to go out only in the company of a male family member.  It's all to protect their female family members from other Muslim young men.  Their women have to be made as untempting to Muslim young men as possible. Otherwise the women would be sexually harassed.  In more liberal Muslim countries such as Lebanon, Muslim women are very frequently harassed and assaulted by Muslim men.

But if women are not available, what is the next best thing?  Homosexuality and pedophilia.  And in some countries, such as Afghanistan, that's institutionalized -- as with the Afghan "dancing boys".  They do more than dance.

So there is HUGE tension between the Muslim religion and what Muslims do.  And that dissonance can sometimes be resolved by various sorts of tolerance of homosexuality -- usually silent tolerance.

Brull makes much of some times in the distant past when Muslim societies have tolerated homosexuality fairly openly, but we have to relate that to something that he himself stresses:  The diversity in Islam.  Muslims are notorious for their sectarian wars.  Islam is not unlike Christianity in that it has within it many sects which all think they are right and the other sects are wrong.  There was a time when Anglican bishops were burnt at the stake for their beliefs -- a rather hilarious thought when we contemplate Anglican spinelessness today.

The important point is, however, that Christians no longer attack one-another physically, whereas Muslims still do.  Religions change and evolve over time and Islam has done some of that too.  So what some Muslims have done in the past is no guide to what Islam is today. The past roasting of Anglican bishops is no guide to modern Christianity and nor are episodes of liberalism among some Muslims of the past any guide to Islam today.  Islam today treads an enormously difficult path of sexual inhibition, made more difficult by an awareness that infidels have a lot more fun.

As I said, Brull makes much of the fact that Islam is not a monolithic entity.  It is split into a large number of mutually hostile sects.  He seems to think that the divisiveness of Islam makes it unreasonable to talk of a single monolithic entity called "Islam".  But that is only trivially true. There is much more that unites Muslims than there are things that divide them.  And open hostility to homosexuality is something virtually all of them have in common.  Homophobia is Muslim.

Some Muslim organizations in the West did condemn the Orlando massacre but that is a type of deceptive PR allowed by the Koran: "taqiyya".  In some Muslim countries, such as Turkey, the massacre was celebrated  -- JR