How ridiculous can you get?  Do the BBC have no pride to publish this excreta?  For a start, global warming has been so slight in C21 that there is debate over whether it exists at all.  It is certainly not racing ahead in the way the article below implies.

Secondly, we don't need new crop varieties.  We just use ones we already have. There are heaps of areas on the earth that are both very hot and which grow crops. A warming world would simply see them more widely used. Just as a minor example of heat-adaptation, the tropical Australian city of Townsville produces grapes, normally a cool temperature crop, And what is the effect of growing grapes there? They are bigger and juicier and reach the table up to a month before most other table grapes. We ALREADY have heat adapted crops if we need them. 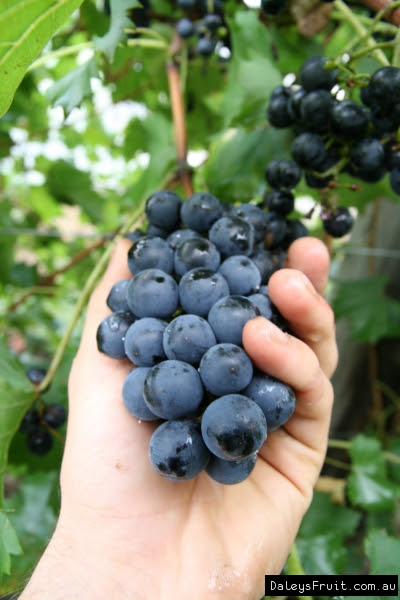 Warmer temperatures tend to suit crops in fact,  which is why the greatest biodiversity is in the tropics.  And maize is just such a plant.  It is  it is "cold-intolerant".  It likes warmth. It is already grown in temperatures up to 35C in India.  The most usual limitation on maize crops is drought.  But warming oceans should give off more water vapor -- which comes down as rain -- so maize should get more water and yield very well in a warming world.

And I suppose I should mention the obvious:  According to Warmist theory, there will be lots more CO2 in the atmosphere of a warming world.  And plants LOVE CO2.  They suck it up.   It's the raw material that they use to build themselves. So again, a warmer world would be a CO2-rich world in which plants would flourish as never before

So a bit of global warming would IMPROVE maize crops. The picture below of the sad lady holding maize ears is just another example of Warmists lying with pictures


Crop yields around the world could fall within a decade unless action is taken to speed up the introduction of new varieties. A study says temperatures are rising faster than the development of crop varieties that can cope with a warmer world.

In Africa, researchers found that it can take 10-30 years before farmers can grow a new breed of maize. By the time these new crops are planted, they face a warmer environment than they were developed in. 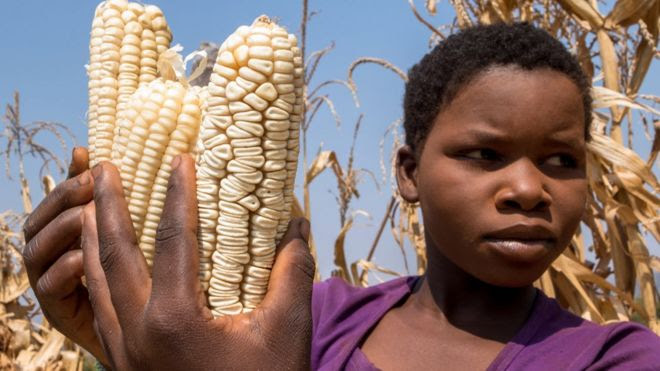 The scientists behind the study, published in the journal Nature Climate Change, looked closely at the impact of temperature rises on crop duration - that's the length of time between planting and harvesting.

They found that in a warmer world durations will be shorter meaning these varieties will have less time to accumulate biomass and yields could be affected.
Out of date

In their paper, the researchers write that crop duration will become significantly shorter as early as 2018 in some regions but by 2031, the majority of maize-growing areas of Africa will be affected.

"The actual changes in yield may be different but this effect is there, the impact of this change in duration will occur unless breeding changes," said lead author Prof Andy Challinor from the University of Leeds.

"The durations will be shorter than what they were bred for - by the time they are in the field they are, in terms of temperature, out of date."

The scientists say the lag is down to a combination of factors including the limited number of crops you can grow in a season, the need for government approved testing and there are also a number of problems of access to markets that can increase the time it takes before the farmers have the new seeds to plant.

"We can use the climate models to tell us what the temperatures are going to be," he told BBC News, "We can then put those temperature elevations into the greenhouses and then we can breed the crops at those temperatures. People are beginning to do this, but this paper provides the hard evidence of the necessity of it."

Researchers are also working on the impact of heat stress on crops at sites in Zimbabwe, Kenya and Ethiopia. Data from these trials is being used to identify species that could cope with warmer conditions.

But would the use of genetic modification (GM) help speed up this type of work? "GM does some things faster, so you would get a new variety of crop faster," said Prof Challinor.

"But it doesn't get you out of the testing requirement in fact the testing may in fact be greater and it doesn't help it all with farmers accessing seeds and markets - the problem will remain even for a magic GM crop."

Better techniques and more money for research are the keys according to others in this field, familiar with the study.

"Investment in agricultural research to develop and disseminate new seed technologies is one of the best investments we can make for climate adaptation," said Dr Andy Jarvis, from the International Centre for Tropical Agriculture,

"Climate funds could be used to help the world's farmers stay several steps ahead of climate change, with major benefits for global food security."

The researchers believe that the study also has implications beyond Africa, especially in the maize growing regions of the tropics.