It is an almost worldwide  form of racism and I have commented on it a couple of times before: There is a largely wordwide ideal of beauty and that ideal is Nordic. A more "incorrect" thing to note would be hard to imagine but the facts of the matter are there. One cartoonist put it rather cruelly as under: 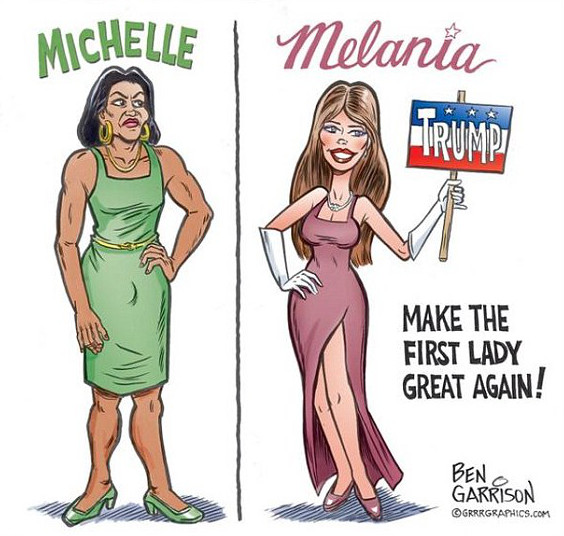 Even Mrs Obama clearly likes the Nordic look.  All she can do towards it is to straighten her normal "nappy" mop of hair but she regularly does that. Other than that she has no Nordic attributes at all.  If her skin were white she would be seen as ugly.  She has received acceptance for political reasons only

Like it or not, the de facto worldwide standard of female beauty is Nordic -- narrow faces, fine features, white skin, blue eyes and blonde hair. Light brown hair instead of blond hair can squeak into the top standard and tanned white skin is OK but that is about the only variation accepted.

Something that seems very little noticed -- probably because it is a subtle difference -- is that narrow faces seem to trump wide faces.  Famous models and other women regarded as beautiful seem almost universally to have rather narrow faces 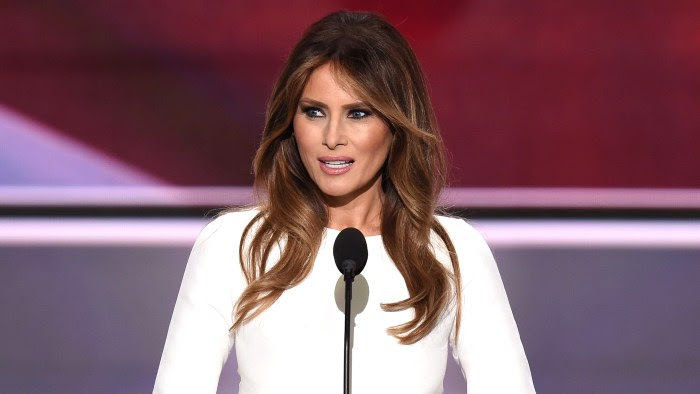 It's not a strong effect but it is remarkably common.

Russian women are well-known for beauty.  All billionaires seem to have one.  And narrow faces are notable there too. 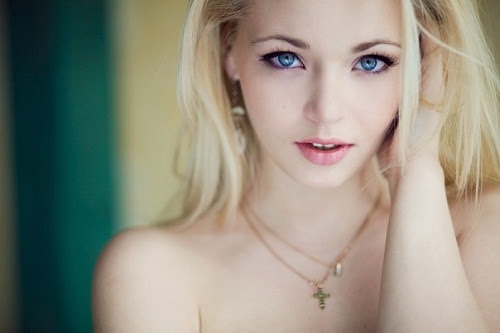 What about German women?  There are of course women there with narrow faces but I am inclined to think that Germany is in fact the home of wide faces.  The lady below is much esteemed in Germany but I think even her face is a trifle wide The title of must beautiful girl in the world did not go uncontested however.  The entrant from Russia is below and she has a narrow face 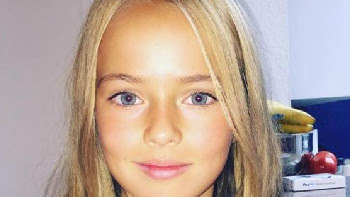 It may be noted that blue eyes are preponderant above -- which is part of the Nordic pattern.  Blue eyes will always be well regarded but before the era of political correctness they were even more so.  They were said to be "treu", a German word meaning faithful, reliable, true, honest. See, for instance the song "Die ganze Welt ist himmelblau" in the operetta IM WEISSEN RÖSSL

So there is no doubt about how well people react to blue eyes.

And then there is blonde hair.  And high esteem for that goes back st least as far as Claudio Monteverdi, writing roughly 400 years ago.  His madrigal "Chiome d' oro" ("tresses of gold") in praise of a blonde lady is as devoted as you get.

We may deplore the Nordic standard but saying that people should adopt other standards for females that they like to look at is pissing into the wind.  It won't happen.  It will have zero influence.

An episode in my life highlighted the prestige of the Nordic look. When my son was about 18 months old, we took him to Lone Pine Koala park here in Brisbane so that we could all see the Koalas.  And a lot of Japanese people go to Lone Pine to see the Koalas too.  And they come with cameras at the ready.  So when Jenny was wheeling Joey along in his stroller, that came to the attention of the Japanese.  With his paper-white skin, emerald-blue eyes and golden-blond hair he looked like an angel to them.  So Joey was as much photographed as were the Koalas.

And something that Americans and Indians will find familiar has recently become big in South Africa:  Skin bleaching.  Even where the Nordic ideal of very white skin is not available, any approach to it is seen as prestigious.

Beauty and sexual attraction, however, are not coterminous.

The words of "Chiome d'oro can be found here in both English and the original Italian.

Und ich frag dabei: Bist auch Du so treu
And I ask then:  Are you really that true
Wie das Blau, wie das Blau Deiner Augen
Like the blue, like the blue of your eyes