If ifs and ans were pots and pans, there'd be no room for tinkers

Tinkers were itinerant handymen who fixed up damaged pots and pans -- as pots and pans were valuable household goods in those days. Few people reading this will have seen a saucepan with a hole in it -- but I have.  A couple of my mother's saucepans developed holes in them at one time when I was just a lad.  Being a handy kid, however I went to Woolworths and bought a set of "Mendets" -- which I used to fix the saucepans concerned.  So tinkering in its original sense existed within living memory. 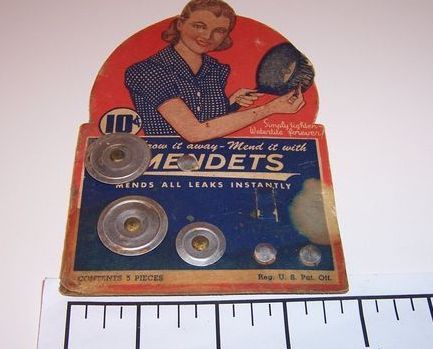 I tell that little story because the article below immediately brought that old proverb to my mind.  Putting it in modern English, I might have said:  "More useless speculation".  All it tells us is what would happen IF one of the hot periods of the earth's past were to be repeated.  They assign no probability to that occurring, however.  I wonder why?

They do however pop in a little bit of deceit.  They talk of global warming "continuing".  But it is not ongoing so it cannot continue.

Warming stopped over 18 years ago so all that can continue is stasis. And they claim that Antarctica is losing mass, when it isn't.  It is gaining mass.  Even Warmist scientists such as Zwally admit that. See here and here

Just the usual Warmist claptrap but it will worry some people


If the West Antarctic ice sheet was to melt in response to increasing global temperatures, sea levels could swamp coastal towns and cities around the world.

That's the warning from Scottish researchers who have plotted how the ice sheet is expected to respond to global warming.

In particular, they claim that loss of ice in West Antarctica caused by a warming ocean could raise sea levels by a staggering 10ft (3 metres).

In the first study of its kind, researchers were able to gauge how levels of ice covering the land have changed over hundreds of thousands of years.

They did this by studying peaks protruding through ice in the Ellsworth Mountains, on the Atlantic flank of Antarctica.

The team assessed changes on slopes at various heights on the mountainside, which indicate levels previously reached by the ice sheet.

They also mapped the distribution of boulders on the mountainside, which were deposited by melting glaciers.

Chemical technology - known as exposure dating - showed how long rocks had been exposed to the atmosphere, and their age.

Their results indicate that during previous warm periods, a substantial amount of ice would have been lost from the West Antarctic ice sheet by ocean melting, but it would not have melted entirely.

This suggests ice would have been lost from areas below sea level, but not on upland areas.

The study shows that parts of the West Antarctic ice sheet have existed continuously for at least 1.4 million years.

However, if global temperatures continue to rise, causing the oceans to become warmer, the a substantial amount of ice could be lost from the sheet.

This could see sea levels rise by as much as 10ft (3 metres).

Dr Andrew Hein, of the University of Edinburgh's School of GeoSciences, joint leader of the study, said: 'Our findings narrow the margin of uncertainty around the likely impact of the West Antarctic Ice Sheet on sea level rise.

'This remains a troubling forecast since all signs suggest the ice from West Antarctica could disappear relatively quickly.'

Professor John Woodward of the University of Northumbria, who co-led the study, said: 'It is possible that the ice sheet has passed the point of no return and, if so, the big question is how much will go and how much will sea levels rise.'

The study, published in Nature Communications, was carried out by researchers at the University of Edinburgh with Northumbria University and the Scottish Universities Environmental Research Centre.