What complete rubbish!  For a start, there has been no statistically significant global warming for 18 years.  So observed variations in seasons over that period cannot be attributed to that.  All that is being observed is that seasons vary from year to year -- as they always have.

Like many Brisbane people, I like crepe myrtles.  I have eight of them in my back yard.  There must be millions of them in Brisbane. 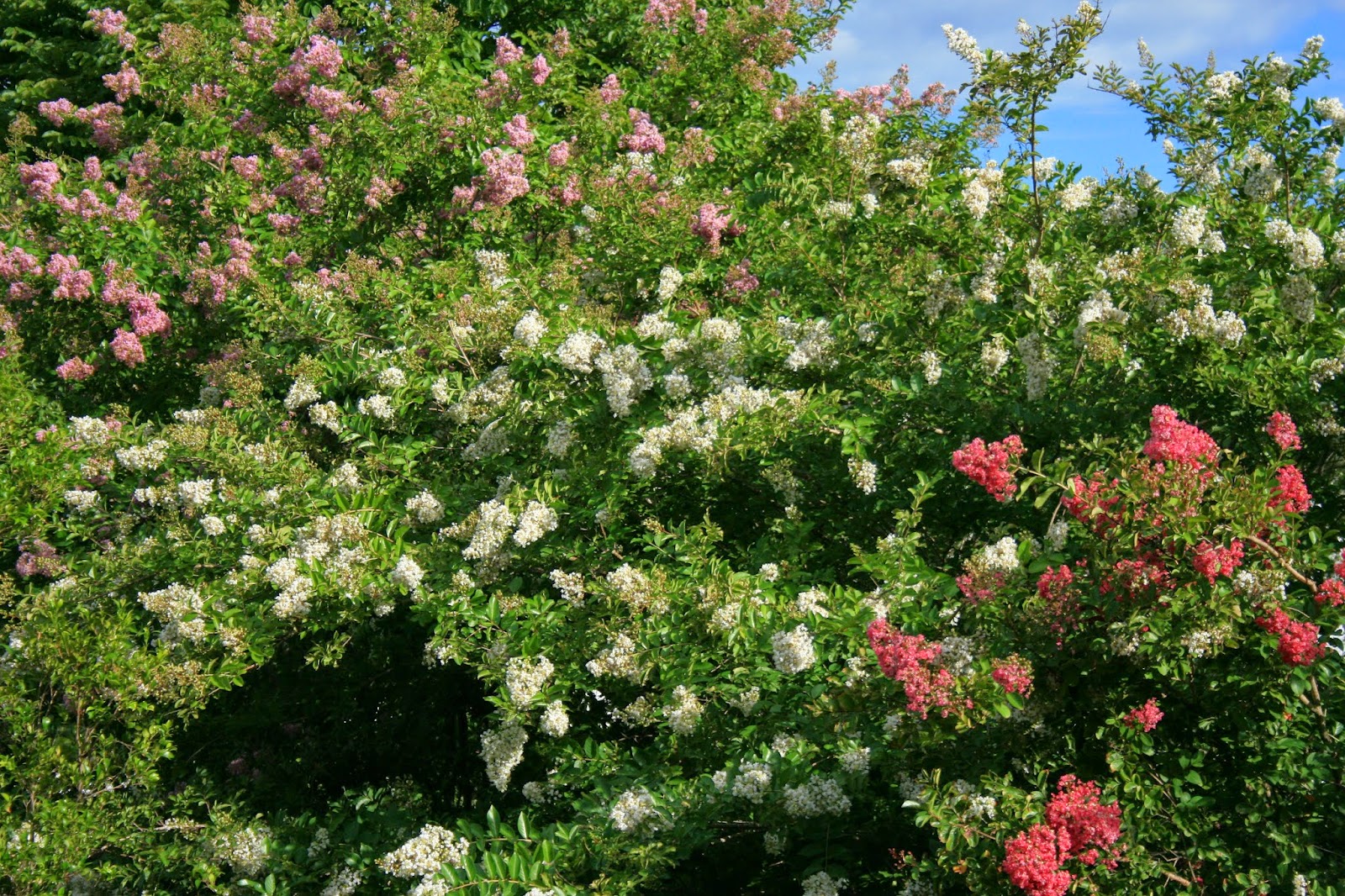 In tropical North Queensland, where I originally come from, we used to call them Christmas bushes, because they began flowering in early December.  In sub-tropical Brisbane flowering normally begins in January.  It can be early January or late January.  And in some years you can get some blossom in late December.  It's just a natural cycle.  It always has been variable and it always will be.  And there is no doubt that the flowering times of cherry trees will also vary by weeks -- JR

But the flowering of 180 trees at Auburn's annual cherry blossom festival has sent many young women into a giddy spin. "It's not quite like an Acca Dacca concert," said Greg Hodges, the curator of the Botanic Gardens with the Auburn City Council.

"People go crazy, it is like watching an old Elvis movie. There are girls jumping up and down screaming; it is not the sort of thing you expect in a garden," he said.  "It is such a quaint beauty in this day and age, and people get very excited."

A record 10,000 people visited last Saturday, and similar crowds – those wearing kimonos or Cosplay costumes get in free – are expected to visit the Botanic Garden's Japanese Garden cherry blossoms this weekend too.

Signs warn visitors not to shake the trees, even though catching a petal or capturing a photo with falling blossoms is a good omen in the eyes of some Asian visitors.

For organisers of cherry blossom festivals in Washington DC, Tokyo and Auburn, the trickiest part of the annual event is forecasting when the trees will flower, and hoping they bloom during the scheduled dates.

Specialists at the Royal Botanical Gardens Sydney say global warming is affecting when traditional late-winter and early-spring plants – from wattles to jacarandas –are flowering. Seasonal variations in rainfall and temperature can complicate timing, too.

Contrary to what most people think, a warm winter causes the cherry trees to bloom later. Mr Hodges said the trees – a mix of  flowering pear, apple, cherry and apricot trees – required a prolonged cold period in winter before they will bloom.

Because this winter was cold, about 70 per cent of the  trees are already past their prime, making him wish he had started the festival a week earlier. The white cherry and the flowering pears are still coming on, he said. Last year, he had the opposite problem. A warm 2014 winter meant there were "hardly any blossoms" in the first week.

Because these festivals are so popular, environmental groups such as WWF in the United States use them to highlight the impact of global warming. During the annual cherry blossom festival in Washington DC, WWF held a public talk on "A Blossoming Problem: The Disruptive Impacts of Climate Change on Nature's Calendar" to discuss how global warming affected cherry blossoms and other plants and animals.

A Japanese study also studied the impact of climate change on culturally significant events such as the timing of flowers on the trees.

It found 92 per cent of festival organisers said global warming was occurring, and it was affecting when trees burst into bloom. Organisers dependent on income from these festivals were more concerned about climate change than others.